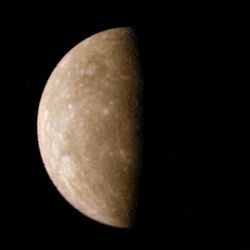 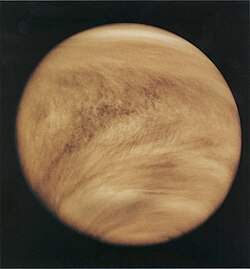 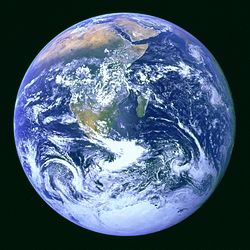 Earth is the only planet in the Solar System that supports life. Its atmosphere protects the Earth's life forms by absorbing ultraviolet solar radiation, moderating temperature extremes, transporting water vapor, and providing useful gases. The atmosphere is also one of the principle components in determining the weather and climate of the Earth. 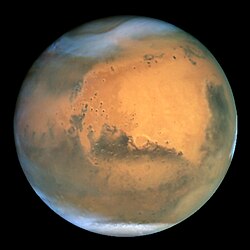 Mars is the fourth planet from the Sun in our solar system. Mars is also known as "The Red Planet" due to the reddish appearance it has when seen from Earth at night. Mars has two moons, Phobos and Deimos, which are small and oddly-shaped and are possibly captured asteroids. Until the first flyby of Mars by Mariner 4 in 1965, it was thought that Mars had channels of liquid water. We now know that these channels do not exist. Still, of any planet in our solar system after the Earth, Mars is the most likely to harbor liquid water. It is the only planet besides Earth that has seasons. It also has a rotational period nearly the same as our own. It has the highest mountain in the solar system, Olympus Mons, the largest canyon in the solar system, Valles Marineris, and polar ice caps. 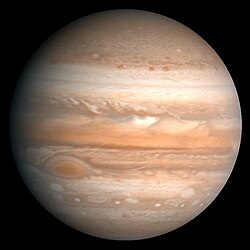 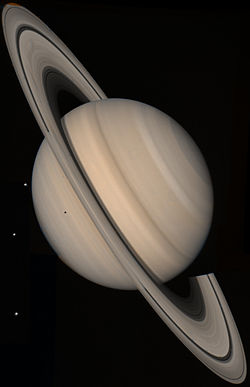 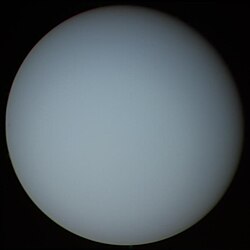 Uranus is the seventh planet from the Sun. It is a gas giant, the third largest by diameter and fourth largest by mass. Uranus is composed primarily of gas and various ices. The atmosphere is about 85% hydrogen, 15% helium and traces of methane, while the interior is richer in heavier elements, most likely compounds of oxygen, carbon, and nitrogen, as well as rocky materials. This is in contrast to Jupiter and Saturn which are mostly hydrogen and helium. One of the most distinctive features of Uranus is its axial tilt of ninety-eight degrees. Consequently, for part of its orbit one pole faces the Sun continually while the other pole faces away. At the other side of Uranus' orbit the orientation of the poles towards the Sun is reversed. Between these two extremes of its orbit the Sun rises and sets around the equator normally. 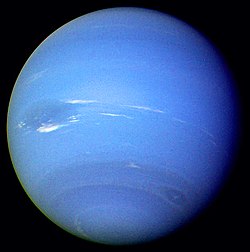 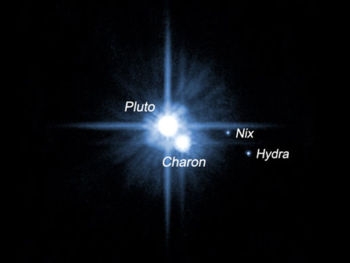 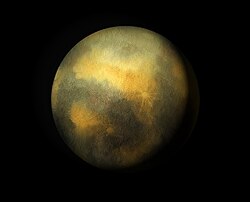 Pluto is no longer considered a planet by astronomers, though it was classed as one between its discovery in 1930 and 2006 when it was reclassified a dwarf planet. It has an eccentric orbit that is highly inclined with respect to the other planets and takes it closer to the Sun than Neptune during a portion of its orbit. It is much smaller than any of the eight planets and indeed is smaller than several of their moons. Pluto itself has a large moon named Charon; two small moons were discovered in 2005, and their names (Hydra and Nix) were announced in June 2006.