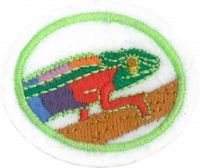 Adaptation is how the animal stays alive so it can find food, escape danger, defend themselves, and their young, adjust their bodies to hot or cold temperatures or loss of habitat. The ability to hide itself from predator and prey because of behavioral or physical characteristics of an animal example: holding still like a log so an alligator is not spotted, the opossum playing dead, The armadillo that rolls up into a ball, having a tail that breaks off as in the gecko, having a tail look like it’s head as in the rubber boa. Long legs and sharp beaks of birds, the Mountain goat’s foot, the Camel’s ability to go without water for long periods. Adaptation can also refer to color changes from season to season as in the snowshoe hare, Arctic Fox, Adaptation is the ability to store food within their bodies like bears do for hibernations, the fur on a fox’s tail is thick in winter to provide extra warmth and prevent it from freezing, Blubber on Walrus. Body parts such as the large ears of the Fennec Fox allow heat to escape its body and help it stay cool; the darkling beetle tilts its body forward and allows the dew droplets on its back to fall into its mouth. Adaptation to dark such as bats, moles, and fish that live deep in the ocean.

Camouflage protects the animal from predators and helps predators to hunt without being seen. Camouflage is a way to protect the young animals from being seen so they might grow up.

Concealing coloration is an animal's ability to use color to hide its presence by visually blending into its surroundings.

Animals looking like or imitating other animals that their enemies would overlook or never eat. This can be easily confused with concealing coloration because, though the animal does blend in with its background, there is more to it than that. In disguise camouflage, the animal has the shape and color of something else. The Leafy Sea Dragon avoids notice by camouflaging itself as a piece of seaweed. The Javanese leaf insect is an amazing imitation of a real leaf. The Thorn bugs look like thorns on a rose plant. The Stick insect looks like a stick.

In mimicry camouflage, an animal looks like some other animal as a form of protection.

In disruptive coloration, spots, strips or even patches are used to conceal an animal’s presence.

This honor offers a wide variety of ways to explore the topic independently in various learning styles that different Pathfinders will enjoy. Encourage creativity and digging deeper for the how and why of different animal camouflage strategies. We suggest looking at the Advanced Honor for additional ideas and information that can be included to make your projects more interesting.

Get a requirement done for the Christian Storytelling honor while you do this. Also see the last requirement for a good idea to incorporate a spiritual message into the story.

These should be your pictures, perhaps taken during the zoo visit or out in nature, not some photos you found on the internet.

While this is ideally done in a natural environment, you will be able to observe many animals, reptiles and other creatires that use camouflage by visiting a zoo. While at the zoo you can take pictures, video, and gather useful information for completing several of the other optional projects in this honor.

For a very professional looking book you could use a photobook creation website. Put your book together and then order it. What a nice keepsake of your honor completion.

This option is only meaningful if you prepare ahead of time. No one wants to listen to an uninformed person on an 'expert' panel. One way to do this is assign a broad habitat (desert, jungle, plains) for each panel member to research, then have a moderator ask questions about types of camo and classes of animals. The panel members each then discuss examples of how that type of camouflage is used in the assigned habitat or how various animals have been designed to fit into the environment. It is perfectly acceptable and perhaps preferred to prewrite the questions and give them to the panel members before they do the research. Panel members might prepare photos to project or display (fulfilling other options too) during the discussion.

Some Pathfinders combine this requirement with the Scrapbooking honor requirements helping to earn two honors at once for the project.

This is a great opportunity to complete one of the requirements in the Computers - Advanced honor. You might use photos you took during a zoo visit.

The project should require effort at least equal to the other options. A small website or several good blog posts might be a good example.

You can read chapter 2 online here and chapter 3 here, or get the book in any SDA church or school library.

You might want to work on the Christian Drama or Puppetry honor while doing this requirement. The spiritual topic is also excellent to work in to the children's story and some of the other optional projects above.

Discord? What about it!
This page was last edited on 13 July 2022, at 20:20.
This is an official site of the North American Division Youth & Young Adult Ministries of the Seventh-day Adventist Church.
9705 Patuxent Woods Dr
Columbia, MD 21046