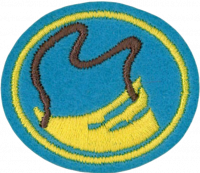 List 5 reasons why it is important to know about your own cultural heritage and/or reasons to learn about the heritages of others in your community.

For one, knowing about your own culture is interesting. For another, it helps you understand the relationships that exist in your family, whether it be between you and a relative, or between one relative and another.

Learning about your culture is also a way of showing respect and honor to your parents (see Exodus 20:12). It will also give you knowledge that you can pass to your own children and grand children.

List special ceremonies that are unique to your culture or of the region from which your family emanates.

Draw, illustrate, or provide some media presentation concerning at least two traditions or ceremonies related to special events in your culture.

The birth of a child

Ceremonies for each of these will vary from one culture to another (which, among other things, what makes the various cultures distinct). We list here several ceremonies for marking the events called for in this requirement, but your own culture may very well mark them in other ways. Find out how by asking an older relative.

Child Dedication
In many cultures a child is dedicated to the Lord in a ceremony. This shows that the parents are committing themselves to raising the child in accordance to their religious precepts.
Infant Baptism
In many cultures, an infant is baptized by having a member of the clergy sprinkle holy water (that is, water that has been blessed in a ceremony) on the baby's forehead. Adventists do not believe this practice follows the Bible.
Circumcision
This ceremony, which has its beginnings in the Bible (see Genesis 17:10), is performed on male babies when they are very young (Biblically, when the child is eight days old). It involves the removal of the foreskin from the penis. Some cultures also practice female circumcision.

Quinceañera
The Quinceañera or Quince Años (sometimes represented XV Años, meaning "fifteen years") is, in some Spanish-speaking regions of the Americas, a young woman's celebration of her fifteenth birthday, which is commemorated in a unique and different way from her other birthdays. In some countries, such as Puerto Rico or Peru, the word Quinceañero is used instead of Quinceañera when referring to the celebration.

Bar and Bat Mitzvah
In Judaism, Bar Mitzvah (Hebrew: בר מצוה, "one (m.) to whom the commandments apply"), Bat Mitzvah (בת מצוה, "one (f.) to whom the commandments apply," or Bas Mitzvah in Ashkenazi pronunciation), and B'nai Mitzvah (pl.), are the terms to describe the coming of age of a Jewish boy or girl. According to Jewish law, when Jewish children reach the age of majority (generally thirteen years for boys and twelve for girls) they become responsible for their actions, and "become a Bar or Bat Mitzvah." This also coincides with physical puberty.[1] Prior to this, the child's parents are responsible for the child's adherence to Jewish law and tradition, and after this age, children bear their own responsibility for Jewish ritual law, tradition, and ethics and are privileged to participate in all areas of Jewish community life.

Prom
In the United States and Canada a prom, short for promenade, is used to describe a formal dance held at the end of an academic year. Boys usually dress in black tie (a dinner jacket and bow tie), sometimes with brightly colored cummerbunds or vests, though any sort of formal wear can be worn. Traditionally, girls gave boys matching boutonnieres to be worn on their tuxedos or waistcoats. Girls traditionally wear formal gowns or dresses adorned with a corsage given to them by their date.

Debutante
A debutante (or deb) (from the French débutante, "female beginner") is a young lady from an aristocratic or upper class family who has reached the age of maturity, and as a new adult, is introduced to society at a formal presentation known as her "debut" or "coming out". Originally, it meant the young woman was eligible for marriage, and part of the purpose was to display her to eligible bachelors and their families with a view to marriage within a select upper class circle. This traditional event varies by region, but is typically referred to as a debutante ball if it is for a group of debutantes. A lone debutante might have her own "coming-out party", or she might have a party with a sister or other close relative.

Genpuku
Genpuku, also called Kakan, was a historical Japanese coming-of-age ceremony. To mark the entry to adult life of boys between the ages of 12 and 16, they were taken to the shrines of their patron kami. There they were presented with their first adult clothes, and their boys' hairstyles were changed to the adult style. They were also given new adult names.

Poy Sang Long
The Poy Sang Long (Shan: "Festival of the Crystal Sons") is a rite of passage ceremony among the Shan peoples, in Burma (Myanmar) and now in Northern Thailand, undergone by boys at some point between seven and fourteen years of age. It consists of taking novice monastic vows and participating in monastery life for a period of time that can vary from a week to many months or more. Usually, a large group of boys are ordained as novice monks at the same time.

Russ
Russ is a tradition and cultural phenomenon in Scandinavia. In Norway, students who graduate from upper secondary school are called russ and celebrate with the characteristic festivities (russefeiring) during the first few weeks of May. In Sweden, a similar celebration is called Studenten ("the student"). In Finland students celebrate the start of the final test in a similar tradition called penkkarit. Also in Denmark graduation from high school (studentereksamen) is celebrated in similar ways as in Norway, including the wearing of caps in different colours and riding in open trucks, while the Danish term rus refers to first-year college students.

Wedding clothing has a wide variety across the globe, but the traditional western wedding gown and tuxedo has come to enjoy near universal acceptance.

In many cultures, people attend church in their best clothing. A suit and tie is common for men, and a formal dress is common for women. In other cultures, fancy traditional garb is worn to church, such as a sari or a kimono.

A funeral is a ceremony marking a person's death. Funerary customs comprise the complex of beliefs and practices used by a culture to remember the dead, from the funeral itself, to various monuments, prayers, and rituals undertaken in their honor. These customs vary widely between cultures, and between religious affiliations within cultures. Because these practices are so vastly different from one culture to the next, and there are so many ways that death and burial are marked, we will not attempt to cover them here. Instead, you are referred to the Wikipedia article on Funerals. If your own culture's funerary rites are not covered there, you may need to do a little research on your own.

Provide a media presentation of your choice or model examples of dress for your culture. Please address three modes of outfit:

Examine your culture’s traditions with respect to marriage. Do all of the following:

Describe the role of the couple being married with respect to courtship and selecting their spouse.

Examine the Bible to find 3 references to marriage traditions of the Jewish culture during the biblical era. Describe how God utilized their allusions to describe God’s relationship with sinners.

Examine the historical leadership structure prevalent in your culture and compare and contrast it with the representative democracy present in the North American countries.

Discord? What about it!
This page was last edited on 13 July 2022, at 22:49.
This is an official site of the North American Division Youth & Young Adult Ministries of the Seventh-day Adventist Church.
9705 Patuxent Woods Dr
Columbia, MD 21046