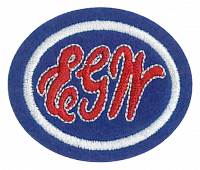 Pathfinders will have 3 options available to meet the requirements for this honor.

Only one of the three requirements listed below need to be completed to earn this honor.

Demonstrate a knowledge of the following. This is best done as a group and will likely involve group study and work. Additionally, creative projects such as posters, displays, presentations, and board games could be ways to demonstrate your understanding.

The basic facts of the life of Ellen G, White including such events as:

Some basic historical setting including such events as:

An idea of the range and types of books she wrote

Books written/compiled by Ellen White from articles, pamphlets or letters

The biblical idea of Inspiration -- Discuss the following:

How did God use prophets and other Bible writers to record His messages to His people? Does it seem that God was the “penman” (verbal inspiration) or rather guided the writer to record his message without error (thought inspiration)? Which view do Protestant Christians believe to be true? Why?

Does God promise to guide or give messages to His people in all times and places? Texts: Amos 3:7; Joel 2:28-32

What are some of the ways in which Ellen White fulfills the biblical tests of a prophet.

What does the Adventist Church believe is the relationship between Ellen White’s writings and the Bible?

Score 200 points or more in the allotted time on the Pitcairn Game at the website http://honor.ellenwhite.org/index.htm.

Score 200 points or more on the Pitcairn Game by using the free app available for Mac devices at the App store and for Android devices at Google Play.

Discord? What about it!
This page was last edited on 4 January 2023, at 01:57.
This is an official site of the North American Division Youth & Young Adult Ministries of the Seventh-day Adventist Church.
9705 Patuxent Woods Dr
Columbia, MD 21046