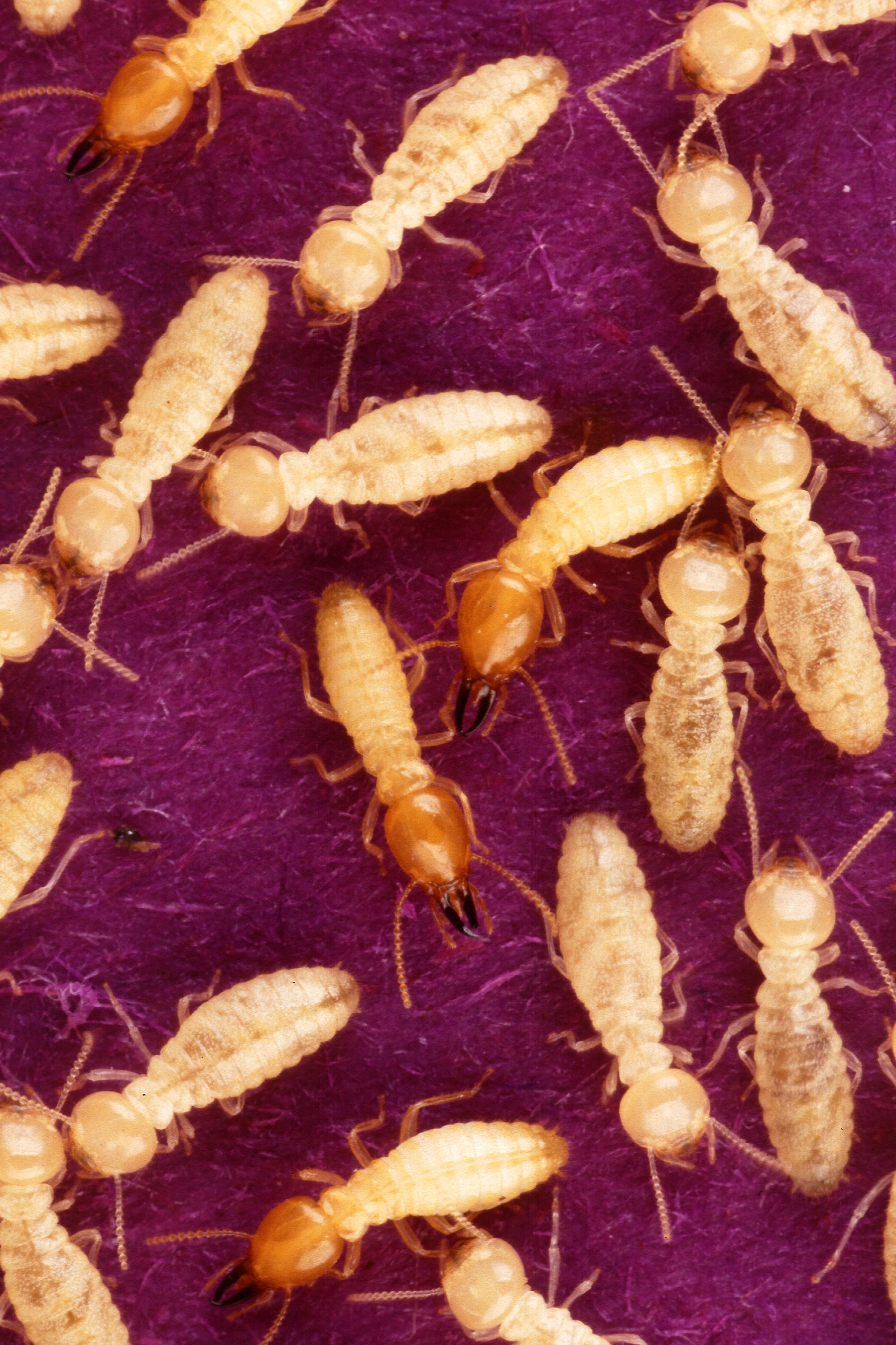 Description: Termites mostly feed on dead plant material, generally in the form of wood, leaf litter, soil, or animal dung, and about 10% of the estimated 4,000 species (about 2,600 taxonomically known) are economically significant as pests that can cause serious structural damage to buildings, crops or plantation forests. Termites are major detrivores, particularly in the subtropical and tropical regions, and their recycling of wood and other plant matter is of considerable ecological importance. As social insects, termites live in colonies that, at maturity, number from several hundred to several million individuals. They are a prime example of decentralised, self-organised systems using swarm intelligence and use this cooperation to exploit food sources and environments that could not be available to any single insect acting alone. A typical colony contains nymphs (semi-mature young), workers, soldiers, and reproductive individuals of both genders, sometimes containing several egg-laying queens.

Discord? What about it!
This page was last edited on 8 September 2021, at 15:27.
This is an official site of the North American Division Youth & Young Adult Ministries of the Seventh-day Adventist Church.
9705 Patuxent Woods Dr
Columbia, MD 21046