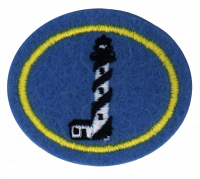 What is the function of a lighthouse?

The function of a lighthouse is to serve as a navigational aid to ships by sending a beam of light, which provides signals.

When were the first lighthouses of record built?

The first lighthouse in recorded history is the Pharos Lighthouse in Alexandria, Egypt. Built in 280 BC, it is considered one of the Seven Wonders of the Ancient World.

What is the name of the most famous ancient lighthouse?

Perhaps the most famous lighthouse in history is the Lighthouse of Alexandria, built on the island of Pharos in ancient Egypt.

What are people called who study lighthouses? Why?

People who study lighthouses are called pharologists, after the island of Pharos where the famous lighthouse was constructed. Indeed, the name of the island is still used as the noun for "lighthouse" in some languages, for example: French (phare), Italian and Spanish (faro), Portuguese (farol), Swedish, Danish and Norwegian (fyr), Romanian (far) and Greek (φάρος).

Do all lighthouses have keepers? If not, how are they run?

In the United States, only the lighthouse called Boston Light still has a keeper - all the others are automated.

Even automated lighthouses need occasional maintenance, which the Coast Guard and the National Park service do on a regular basis. However the day-to-day warning that Lighthouses given is totally automatic with electronic machines that shine the (usually) aero-marine beacon lights out to passing ships, just like the Fresnel-lenses and gas-lamp mechanical masterpieces did in ages past.

Research the structure and function of Fresnel lenses. Explain what makes these lenses so effective.

A Fresnel lens (pronounced fray-NELL) is a type of lens invented by Augustin-Jean Fresnel. Originally developed for lighthouses, the design enables the construction of lenses of large aperture and short focal length without the weight and volume of material which would be required in conventional lens design. Compared to earlier lenses, the Fresnel lens is much thinner, thus passing more light and allowing lighthouses to be visible over much longer distances.

The Fresnel lens reduces the amount of material required compared to a conventional spherical lens by breaking the lens into a set of concentric ring-like sections. These concentric rings are shaped to point the light inward, focusing the light from all the rings to a single point, much like a magnifying glass does (imagine hundreds of magnifying glasses all working together!). Because there are so many ring-like lenses focusing light on a single point, the light is very bright, and can be seen from miles away, even through a thick fog.

Throughout history, what fuels were used for lighthouse lights?

The earliest lighthouses used wood and coal fires to make their light. Other fuels that have been used since include whale oil, lard, kerosene, and (lots of) candles. Today most lighthouses are lit with electricity. The first lighthouse in the United States to use electricity was the Statue of Liberty in 1886! Lady Liberty served her first 15 years as a lighthouse.

Are all lighthouses located along ocean shores? If not, list other locations where you would find a lighthouse.

Not all lighthouses are located along ocean shores. Many are also located along major rivers and lake shores including the Great Lakes between Canada and the USA. Michigan has more lighthouses than any other US state (114).

When a lighthouse is a visible landmark seen from the ocean during the day it can be identified by certain markings. What are these called?

These markings are called daymarks. Lighthouses have unique daymarks so that they can be distinguished from one another. If all lighthouses were round brick towers, a sailor would have to have a pretty good idea of where he was to know which lighthouse he was looking at. Instead, lighthouses are painted with easily distinguishable patterns. Often these are red and white, or black and white. Daymarks can be bands, diamonds, squares, rectangles, or any other shapes - so long as they can be seen from afar.

What is a foghorn? Why would one be used at a lighthouse? What are three things that affect how far away a foghorn can be heard?

Foghorns are a navigation aid for mariners. In foggy conditions, when visual navigation aids such as lighthouses are obscured by the weather, fog horns provide an audible warning of rocks, headlands, or other dangers to shipping.

Lighthouses are often built near shipping hazards such as rocks. It often becomes too foggy to see a lighthouse at a safe distance from these hazards, so an audible signal is needed instead.

The sound produced by a foghorn is a very deep pitch, due to the fact that deep sounds are audible to human ears at a greater distance than higher pitched ones. It is also very loud so ships a considerable distance away can heed its warning. Height above sea level is another factor that determines the distance at which a foghorn can be heard. Some foghorns can be heard up to six miles (9.6 km) away.

Since lighthouses are often called "lights", explore the concept of "lights" in scripture by doing the following:

Look in the Bible Concordance to find “lights” and discuss lights as referred to in the Bible.

The instances here are limited to the plural noun "lights" and do not include the singular form "light" or the use of light (or lights) as a verb. You may wish to expand the search to include those.

Explain why you think God’s word is like a lighthouse.

Just as a lighthouse guides ships, God's word shows us the way to happiness and away from destruction.

Then Jesus spoke to them again, saying, “I am the light of the world. He who follows Me shall not walk in darkness, but have the light of life.”
— John 8:12 (NKJV)

Write a poem or a story about a lighthouse light. Include thoughts of God’s “light”. Read your story or poem to your group.

There are various forms of poetry, including traditional rhyming poems or non-rhyming ones. Haiku is a form of Japanese poetry containing three lines: the first line has five syllables, the second has seven, and the third has five. The Bible is full of poetry as well, though it is in a form unfamiliar to most English speakers. Biblical poetry repeats an idea using different words. Consider the full text of Psalm 136:7-9 (NKJV):

To Him who made great lights,

For His mercy endures forever—

The sun to rule by day,

For His mercy endures forever;

The moon and stars to rule by night,

Notice how the first line speaks of the great lights, and is followed by a verse meaning the same thing, but with different detail. Also notice how "For His mercy endures forever" is repeated between each expression of the idea.

Consider this quote: “I can think of no other edifice constructed by man as altruistic as a lighthouse. They were built only to serve.” George Bernard Shaw.

You might look into the history of lighthouses. The Romans built many lighthouses. The lights were often extinguished for they might attract Vikings. Search for stories like this one http://www.economist.com/node/12792727 and then put your own version together. Have fun with this.

This is best done by visiting some lighthouses. Check out the Advanced Honor which requires collecting stamps at 10 lighthouses. You might as well make the first five count toward the ten while earning the basic Honor. Here we present examples of 6 styles.

The International Association of Marine Aids and Lighthouse Authorities is a good resource to check out for meeting this requirement.

The U.S. Park Service has an Inventory of Historic Light Stations which lists lighthouses from all over the United States, though this inventory is by no means exhaustive.

The Canadian Coast Guard has a List of Lights, Buoys and Fog Signals.

The US Lighthouse Historical Society has lots of info and runs the Lighthouse Passport Program required in the Advanced Honor.

List the references you used to learn about lighthouses.

We obviously don't know which references you will use, but here are the ones that were used to put these answers together:

Discord? What about it!
This page was last edited on 20 September 2021, at 22:30.
This is an official site of the North American Division Youth & Young Adult Ministries of the Seventh-day Adventist Church.
9705 Patuxent Woods Dr
Columbia, MD 21046