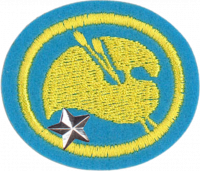 Describe these styles of painting and show examples of 3 Artist’s work in each style:

Impressionism is a style or movement in painting originating in France in the 1860s, characterized by a concern with depicting the visual impression of a “moment in time”; trying to capture a feeling or experience rather than to achieve accurate depiction.

Pointilism is a technique of neo-impressionist painting using tiny dots of paint placed side by side on the canvas, which become blended in the viewer's eye rather than actually mixed and blended on the canvas.

Fauvism is a style of painting with vivid expressionistic use of color that flourished in Paris in the early 20th century. Matisse was its leading Artist. Critics often said their art looked like it was created by “wild beasts”.

Realism is art that looks realistic; as if looking at the “real object”.

Know how to stretch a canvas for painting.

Cut canvas about 2-3” larger than the stretcher frame. Lay the stretcher evenly on top of canvas, folding the top over to the back of the stretcher. Staple along the top side. Fold the corner in neatly and staple before going down the adjoining side. Continue around the entire canvas, being sure to pull the canvas tightly all over.

Give two examples of contemporary painters and give three reasons why you appreciate their work.

Memorize: Gen 9:13. Discuss why God has filled the earth with color and variety; and how He has touched or changed your thoughts about life and art personally.

“I set my rainbow in the cloud. And it shall be a token of a covenant between Me and the earth.”
— Genesis 9:13

Discord? What about it!
This page was last edited on 20 September 2021, at 03:06.
This is an official site of the North American Division Youth & Young Adult Ministries of the Seventh-day Adventist Church.
9705 Patuxent Woods Dr
Columbia, MD 21046