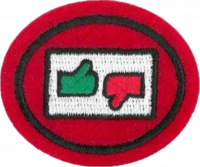 As a group, create a list of the various types of visual media. Then participate in an in-depth discussion on how varying types of media can be used to spread the gospel of Christ. Present a summary of your discussion to a different group, or share your conclusions online.

Types of visual media include digital and printed images, photography, graphic design, fashion, videos, architectural structures and fine arts. Visual media is seen on billboards, smartphones, newspapers, screen projectors, posters, televisions, computers and various other mediums and devices. Visual media is interpreted using primarily what humans see, as opposed to aural or tactile media. It plays a role in advertising, art, communication, education, business and engineering. Visual media is often used as a learning aid, such as in presentations and training guides. Photography and video are major types of visual media and captures a location or moment in a visual form. Fine arts such as painting and drawing are also visual and communicate elements of life and interpretations. Graphic design and drafting use computer-aided imaging software to create visual representations of life or art. Architecture relies on visual guidelines and appeals to visual senses, as does fashion.

All these mediums can be used to spread the gospel message. Some examples include 3ABN, Adventist World Radio, Hope Channel, or PraizeVision.

In addition, media technology, live streaming broadcasting, archived media services, and radio webcasting are also mediums that are used to spread the Word.

Read Patriarchs and Prophets, chapter 41, The Apostasy at Jordan, the two paragraphs beginning with “Keep thy heart with all diligence …”. Discuss how this relates to visual media consumption and how your senses and your awareness of the surroundings are impacted.

These two paragraphs can be be found at the EGW Writings website.

Ellen G. White uses several biblical passage to remind us that our thoughts become who we are. We must guard our hearts from unholy things, since Satan will use everything he can, including visual media, to distract us and destroy us.

As for our senses, a large screen, such as those found in a movie theatre combined with its loud volume can subdue the senses of attentiveness, rendering a person unaware of their immediate surroundings. This inattentiveness to our actual surroundings can prove deadly and catastrophic, as it did in the 2012 Aurora shooting.

Compare and contrast the various ratings systems for video games, movies, and television programs with the guidance provided in Philippians 4:8.

The film rating system in the US uses the following codes:

The television rating system within the US uses the following codes:

Mankind has attempted to develop a rating system for much of its visual media content. However, this is a manmade system and was not created with spiritual matters or God in mind. Some of these rating systems might consider a particular program "safe" for a general audience, but Christians would disagree with much of the content.

The Bible gives us a good and clear list of what we should ponder and think about when we consume visual media. It tells us to fill our minds with things that are true, lovely, pure, etc. When determining what kind of content to watch, don't let yourself be guided by the world's standard of morals, but by God's standard of truth and purity.

Discuss the importance of parental involvement in the selection of media.

Discuss the impact violence in visual media plays in shaping society and its expectations.

The average person in North America watches nearly 5 hours of video each day, 98% of which is watched on a traditional television set, according to Nielsen Company. Nearly two-thirds of TV programs contain some physical violence. Most self-involving video games contain some violent content, even those for children.&

In reality, the number of violent crimes has been falling, but the public’s perception is that violence has increased. According to the US Bureau of Justice Statistics, the overall violent victimization rate (eg, rape and assaults) decreased by 40% from 2001 to 2010. Similarly, the murder rate in the US has dropped by almost half, from 9.8 per 100,000 people in 1991 to 5.0 in 2009.

A 2002 report by the US Secret Service and the US Department of Education, which examined 37 incidents of targeted school shootings and school attacks from 1974 to 2000 in this country, found that “over half of the attackers demonstrated some interest in violence through movies, video games, books, and other media.”&

In a 2009 Policy Statement on Media Violence, the American Academy of Pediatrics said, “Extensive research evidence indicates that media violence can contribute to aggressive behavior, desensitization to violence, nightmares, and fear of being harmed.”&

In 2012, the Media Violence Commission of the International Society for Research on Aggression (ISRA) in its report on media violence said, “Over the past 50 years, a large number of studies conducted around the world have shown that watching violent television, watching violent films, or playing violent video games increases the likelihood for aggressive behavior.”&

According to the commission, more than 15 meta-analyses have been published examining the links between media violence and aggression. Anderson and colleagues,& for instance, published a comprehensive meta-analysis of violent video game effects and concluded that the “evidence strongly suggests that exposure to violent video games is a causal risk factor for increased aggressive behavior, aggressive cognition, and aggressive affect and for decreased empathy and prosocial behavior.”

“There now are numerous longitudinal studies by several different research groups around the world, and they all find significant violent video game exposure effects,” Anderson said.

There is growing evidence, Anderson said, that high exposure to fast-paced violent games can lead to changes in brain function when processing violent images, including dampening of emotional responses to violence and decreases in certain types of executive control. But there also is some evidence that the same type of fast-paced violent games can improve some types of spatial-visual skills, basically, ability to extract visual information from a computer screen.

Follow the current news for three days and evaluate the sources and accuracy of what has been reported. Evaluate on a scale of one to five where each report falls, with one representing pure entertainment and five representing strictly informational news. Prepare and present your findings to your group.

Search the writings of Ellen White for counsel on the wise use of time. Select and read a passage discovered during your search.

"The talent of time is precious. Every day it is given to us in trust, and we shall be called upon to give an account of it to God. It is to be used to God's glory, and if we would prolong our lives, if we would gain the life that measures with the life of God, we must give the mind pure food. No time should be wasted that might have been used to good account.
Jesus Christ is our spiritual touchstone. He reveals the Father. Nothing should be given as food to the brain that will bring before the mind any mist or cloud in regard to the Word of God. No careless inattention should be shown in regard to the cultivation of the soil of the heart." -- Manuscript 15, 1898.

"Upon the right improvement of our time depends our success in acquiring knowledge and mental culture. The cultivation of the intellect need not be prevented by poverty, humble origin, or unfavorable surroundings. Only let the moments be treasured. A few moments here and a few there, that might be frittered away in aimless talk; the morning hours so often wasted in bed; the time spent in traveling on trams or railway cars, or waiting at the station; the moments of waiting for meals, waiting for those who are tardy in keeping an appointment—if a book were kept at hand, and these fragments of time were improved in study, reading, or careful thought, what might not be accomplished. A resolute purpose, persistent industry, and careful economy of time, will enable men to acquire knowledge and mental discipline which will qualify them for almost any position of influence and usefulness.
It is the duty of every Christian to acquire habits of order, thoroughness, and dispatch... Decide how long a time is required for a given task, and then bend every effort toward accomplishing the work in the given time. The exercise of the will power will make the hands move deftly." -- Christ's Object Lessons, pg. 343-344

"It is wrong to waste our time, wrong to waste our thoughts. We lose every moment that we devote to self-seeking. If every moment were valued and rightly employed, we should have time for everything that we need to do for ourselves or for the world. In the expenditure of money, in the use of time, strength, opportunities, let every Christian look to God for guidance." -- The Ministry of Healing, pg. 208

"God grants men the gift of time for the purpose of promoting His glory." -- Counsels to Parents, Teachers, and Students, pg. 354

Keep a detailed record of the amount of time and types of all visual media you consume during a four-day period. Include the following data in your records

a. Time spent viewing
b. Media rating and rating organization (if available)
c. The plot or theme
d. Purity of content vs sexual and/or violent themes
e. The message that was presented by the media

Prepare a graph or chart illustrating your findings. What changes, if any, do you need to make to your viewing habits? Evaluate how being a Christian should affect your use of media. Be detailed and honest, taking into account what you have experienced in this honor. Share your evaluation in a letter, report, or journal with a trusted friend or leader.

View a media presentation with your family. After the viewing, interview your family members using the following questions:

Create a speech, presentation, or game that shows what you have learned about the critique of visual media while earning this honor. Share this presentation with a group.

Discord? What about it!
This page was last edited on 13 August 2021, at 14:01.
This is an official site of the North American Division Youth & Young Adult Ministries of the Seventh-day Adventist Church.
9705 Patuxent Woods Dr
Columbia, MD 21046