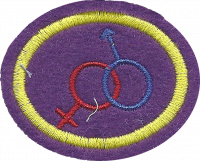 What is human sexuality?

Human sexuality is the capacity of humans to have erotic experiences and responses. Sexuality may be experienced and expressed in a variety of ways; including thoughts, fantasies, desires, beliefs, attitudes, values, behaviors, practices, roles, and relationships. These may manifest themselves in biological, physical, emotional, social, or spiritual aspects. The biological and physical aspects of sexuality largely concern the human reproductive functions, including the human sexual response cycle and the basic biological drive that exists in all species. Physical and emotional aspects of sexuality include bonds between individuals that is expressed through profound feelings or physical manifestations of love, trust, and care. Social aspects deal with the effects of human society on one's sexuality, while spirituality concerns an individual's spiritual connection with God and other people. Sexuality also impacts and is impacted upon by cultural, political, legal, philosophical, moral, ethical, and religious aspects of life.

What is the Divine Model for sexuality? What does the Bible or the Spirit of Prophecy have to say over the matter?

What is biological sex? How many kinds are there?

Biological sex is what defines a person as male, female or intersex. It is determined by a persons sexual anatomy, chromosomes and hormones. Biological sex is often simply referred to as "sex". So there are three types:

Draw the male and female reproductive organs and answer the following:

Which are the internal sexual/reproductive organs?

Which are the external sexual/reproductive organs?

What is the function of each one of these organs?

Why is it important to call these organs by their correct name?

What is puberty? When does it start in boys and girls? What physical and psychological changes occur?

What is menstruation and wet dreams? What age does this begin and end?

Why is genital hygiene important for men and women?

What is pregnancy, how does it happen and how long does it last? Make a monthly chart demonstrating the main characteristics of pregnancy.

What is abortion? What are the physical and psychological consequences? When is abortion advisable?

Abortion is the early termination of a pregnancy by surgical or drug intervention with the intent that the fetus does not survive.

Abortions, like any surgery, can have complications. In rare cases infections or other issues can even threaten the life of the woman. Abortions can rarely result in sterility.

Abortions (or people's reaction to the woman who has one) can cause feelings of guilt, loss, depression etc.

The Adventist Church does not take a stand on this often emotionally charged topic. Adventist Hospitals may or may not perform abortions. The matter is left to individual conviction and Adventists can be found in the pro-choice and pro-life camps. Almost all Adventists, and people in general, would agree that abortion is something best avoided.

What is the man's and woman's role and what responsibilities are attributed to each according to your culture? How have gender roles changed over time up to now? Why are the stereotypes of gender roles dangerous?

How can you recognize and protect yourself from possible sexual abuse? What are the dangers? Who should you go to in case someone (a stranger, friend or family member) makes insinuations or touches you inappropriately? Why is it important not to stay silent?

What are STDs? Answer the following:

STDs are any of a variety of Sexually Transmitted Diseases. None of them are pleasant but they vary in seriousness. HIV/AIDs is the most serious, with no known cure, AIDS (or more specifically any of the many illnesses that it allows to gain a foothold in the body) has a 100% fatality rate.

How is HIV spread?

How long until the first appearance of symptoms?

What tests or medical exams are done to know if a person is infected?

What care does a HIV-positive person require? Which and how many medications are taken a day?

When you have a question/doubt about sexuality, who can you turn to? Why are friends of the same age "unreliable" in this subject?

When a young person has questions about sexuality the last place they should turn is thier friends. Kids may have very incorrect views. They may also spread stories on social media about how their friend was asking 'stupid' questions.

Parents, doctors, school councillors, youth leaders and pastors are appropriate places to seek answers. You can also easily access accurate information from reliable website covering the specific topic. For example there are many good resources with science answers on puberty, sexually transmitted diseases and other topics. Be careful that in questions of morality rather then biology to consult like minded Christian adults.

“Secret vice is the destroyer of high resolve, earnest endeavor, and strength of will to form a good religious character.” (1864 booklet "An Appeal to Mothers")

“When persons are addicted to the habit of self-abuse, it is impossible to arouse their moral sensibilities to appreciate eternal things or to delight in spiritual exercises. Impure thoughts seize and control the imagination and fascinate the mind, and next follows an almost uncontrollable desire for the performance of impure actions.” (Mind, Character, and Personality, Volume 2, Page 592)

What is falling in love and courtship? When is it healthy? When is it distorted and harmful? How can you end a relationship appropriately?

Discord? What about it!
This page was last edited on 5 October 2021, at 20:50.
This is an official site of the North American Division Youth & Young Adult Ministries of the Seventh-day Adventist Church.
9705 Patuxent Woods Dr
Columbia, MD 21046