Robotics is a part of Engineering and Science. It has to do with the creation and building of robots, as well as computer programming. It is interdisciplinary, using mechanical, electrical and other kinds of engineering. Robots are sometimes used to do things that humans cannot, like finding and destroying bombs, or going places that are too hot, small, dangerous or distant for humans. Some robots look like humans, but most just look like machines.

In the context of robotics, automation is when a device or a machine is changed in such a way that it can do the job it was created for without human intervention. With automation, human intervention is limited or absent. Some people fear that automation could eventually lead to significant unemployment in the manufacturing, engineering, and computing sectors of the economy.

2. Briefly describe three examples on how the use of robotics and automation has made an impact on society.

1. Automobile industry - cars are now affordable by the majority of people. Before robotics and automation, they took much longer to produce, and a lot more people had to be employed to make each part. Therefore the economics costs per car were much higher. Toxic jobs like painting, heavy lifting jobs like moving assembled parts, precision jobs like control boards, dangerous jobs like pouring molten metal, and even precision welding can be done better by robots. [Source: https://www.genesis-systems.com/blog/robots-automotive-manufacturing-top-6-applications] 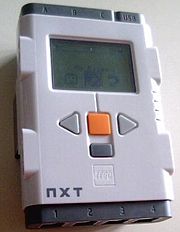 A robot must have a control system to operate its drive system. This drive system is the series of computers and mechanical parts that make it possible to move "arms" or "wrists" or other parts of a robot, as well as the body of the robot itself.

This is the part of automation that encompassing the systems or sub-systems involved in moving parts of machines in a controlled manner. Motion control is part of robotics, industry, and photo/videography and also in gaming.

A programmable logic controller (PLC) is a digital system used to make electrical and mechanical processes become automated. PLC can be found in almost all of the heavy industries which require process and sequences. PLC contains a unique set of inputs and outputs. The logic of PLC is programmed so that user can create a highly dedicated PLC working system for their intended purpose. [Source: https://simple.wikipedia.org/wiki/Programmable_logic_controller]

4. Define computer vision. Give three practical examples of its use.

5. Describe and give an example of each of the following types of robotic motion:

6. Describe what is used as a power source for most robotic applications.

Though perhaps other power sources can be used, the main sources of electrical power for robots are batteries and photovoltaic cells. These can be used separately or together (for practical applications, most solar-powered robots will need a battery backup). The important part is that the power source must be continuously reliable since most robotic applications have a significant level of automation. That means that if they stop doing the automatic job that they are programmed to do, the robot ceases to function. Thus, in most situations, there are "backup" power sources in addition to the main or primary source. Classroom robots are usually run on simple alkaline batteries or li-ion batteries. [Source: https://en.m.wikibooks.org/wiki/Robotics/Components/Power_Sources]

7. Describe, draw, or show pictures of a ballbot.

A ballbot is a dynamically-stable mobile robot designed to balance on a single spherical wheel (i.e., a ball)

There are several ADVANTAGES to automation.

1. The output of the machine or device is more uniform, and the product quality is improved.

2. For tasks involved that are repetitive and boring, the machine can continue to automatically do the job without getting tired or making "bored" mistakes.

3. Automated machines are designed so that humans no longer need to lift heavy weights or do dangerous things.

4. Precision can be much enhanced with measurement accuracy tolerances at levels not possible with human hands or human intervention. [Source: https://simple.wikipedia.org/wiki/Automation]

DISADVANTAGES to automation include:

1. Robots cannot think critically. Therefore if the human programmers haven't evaluated the behavior of the robot or automation in all possible emergency situations, the automated process is incapable of performing adequately.

2. Robots have replaced many workers in the workplace. Up to 40% of jobs that used to be human-operated are now run entirely by robotics and automation. Unemployment unless successful retraining or job transitions leads to societal problems (such as poverty, transitions, stress, and many more).

3. That identity theft and personal safety will be compromised if automation takes over too large a share of data and human interaction.

4. That we will become dependent on robotics and automation for basic life-tasks and economic well-being.

9. Define and give two practical illustrations on the following types of automation:

10. Become familiar with any FAA (or equivalent body) regulations governing the operation of robots (including drones) in your locality.

This varies by area. In general, drones are not allowed near airports and other "government" spaces, although what that means for your region can vary DRAMATICALLY. Please check your county or region standards. [Website for the FAA Standards - https://www.faa.gov/news/updates/?newsId=91844]

11. Discuss with a group the biblical context of the following texts as they relate to the field of automation and robotics:

This text discusses the value of human beings. We are made in God's image. Thus we are the ones with moral and ethical standards. We are the ones empowered by God to "run our world." Robots and automation are NEVER given that creative privilege.

God made us in amazing ways. We are in awe of His creative power. Compared to that, robotics and automation are mere human inventions.

Human beings are capable of gaining wisdom and understanding. As we work with robotics, we must use these god-given abilities! Teachers should ask "how can we be wise when we build robots?" and "what responsibilities do Christians have when making robots?" as the group reads over this passage.

13. Research ideas on robotic construction projects. Based on your research, construct and successfully operate a robot from a kit.