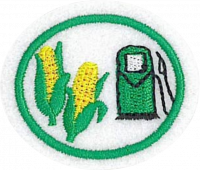 Explain the difference between a conventional fuel and an alternative fuel?

1. Conventional fuels are solids, liquids, and gases that can be burned to provide heat to operate machines. Most are derived from fossilized matter such as petroleum or coal.

Briefly describe each of the following alternative fuels and their benefits:

Bioalcohol is a term that describes the use of alcohol as a fuel. Its use allows for powering vehicles without burning fossil fuels. The alcohol in this form is produce by plants and living things.

Biodiesel is a type of vegetable oil. It is sometimes referred to as an animal fat based diesel fuel used to power conventional diesel engines. It is also considered a low carbon producing agent that can be used to heat as well.

Hydrogen is a gas that also the most abundant. At ordinary temperature and pressure, hydrogen has no color, taste, or odor. As a fuel, it produces zero emissions and is highly combustible in engines. As such, it can be used to power automobiles, boats, and planes.

Electricity can be used to power any electric vehicle. Instead of using liquid fuel, electrons are used to charge a battery which provides power to an electric motor which produces zero emissions.

Ethanol is an alcohol based fuel that also colorless. Burning ethanol as a fuel produces less destructive tailpipe emissions of carbon monoxide, as well as other substances that are harmful to the ozone.

Liquid nitrogen is the liquid form of nitrogen stored at a very low temperature state. It is used by heating the fluid in a heat exchanger, which then extracts the heat in the form of a pressurized gas that is used to work an engine. The benefit of using liquid nitrogen simply involves heating it, which then returns the nitrogen to the atmosphere from which it came.

Methanol is a fuel that is used in racing because of its high octane rating compared to traditional gasoline burning engines. It is produced by methane, carbon dioxide, or from synthesis gas. It cost less to manufacture and also reduces carbon release into the atmosphere.

Natural gas is a natural fossil fuel made up of mostly methane. It is one of the cleanest burning alternative fuels. It can be used for heating, cooking, and to generate electricity. It can also be used in the form compressed natural gas (CNG) or liquefied natural gas (LNG) to fuel automobiles. It is also used as a fuel once it is undergoes a process to remove impurities and water.

Non-fossil methane is a gas that is generated from trash landfills and wastewater treatment plants. It is also used to generate heat while producing less carbon dioxide released in the atmosphere.

Nuclear power uses nuclear fission on a continuous scale to release large amounts of energy. This energy is used to generate heat and electricity. It is also used to power engines.

Propane is a common fuel for small engines that is also a by-product of natural gas processing. Its use promotes reduced air pollution while providing sufficient power for items such as golf carts, hot air balloons, lawn mowers, and leaf blowers.

Discover at least three reasons why alternative fuels are important?

A number of countries continue to seek alternative methods to reduce their dependency on conventional fuels, especially oil.

1. Depletion: Advocates of alternative fuels say oil is becoming more difficult to find and extract and suggest oil will eventually run out. This theory is often called Peak Oil.

2. Political: Geo-political concerns include reducing dependence on imported oil. Some countries have no oil, while others like the United States do or can not produce enough oil at economical prices to meet domestic demand. Major oil producers include countries that may be hostile to other countries. For example, many commentators suggest oil was a reason for the Iraq War. Dependance on foreign oil can compromise sovereignty.

4. Environmental: Desire to reduce pollution and for those that believe in it, climate change

Illustrate through drawings, sketches, or photographs, the elements that make up natural gas.

Natural gas is a fossil fuel formed when layers of buried plants, gases, and animals are exposed to intense heat and pressure over thousands of years. The energy that the plants originally obtained from the sun is stored in the form of chemical bonds in natural gas. Natural gas is a burnable mixture of hydrocarbon gases, made up primarily of methane. It also contains ethane, butane, propane, and pentane before it is refined.

Compressed natural gas (CNG) is a fossil fuel used as a viable alternative to gasoline, diesel, or propane. It is colorless, odorless, and tasteless. CNG is made by compressing natural gas (which is mainly composed of methane, CH4), to less than 1 percent of the volume it occupies at standard atmospheric pressure. It is stored and distributed in hard containers at a pressure of 20–25 MPa (2,900–3,600 psi), usually in cylindrical or spherical shapes.

Liquefied natural gas is natural gas that has been transformed into a liquid state. This is done for storage and transportation purposes. It takes up about 1/600th the volume of natural gas in the gaseous state. The (volume-based) energy density of LNG is approximately 2.4 times greater than that of CNG which makes it economical to transport natural gas by ship in the form of LNG. The energy density of LNG is comparable to propane and ethanol but is only 60 percent that of diesel and 70 percent that of gasoline.

Draw the steps or view an electronic animation that illustrates the alternate fuel conversion process as used in the automobile industry.

This process refers to a conversion system used for automobiles. This system is used to modify vehicles and engines to operate normally on different fuels other than the original fuel the automobile was originally designed for. The majority of these conversions involve the reconfiguration of a gasoline or diesel vehicle or engine to function on electricity, propane, gas, alcohols, or a blend of conventional and alternative fuels.

Describe how a propane vehicle operates.

A propane vehicle operates in a similar fashion to a common gasoline vehicle. From its initial liquid state, the propane is converted to a gas. The gas is then moved through line to a fuel-air mixture. Once mixed, it is then injected into a sequentially timed motor for it to burn efficiently and clean.

Discuss with a group the importance of finding alternative fuel methods.

This is an open group discussion with a unit counselor and/or the instructor teaching the honor is recommended. Discussions should cover enough material.

Do two of the following individually or as a group:

Visit a facility that produces an alternative fuel of your choice. Prepare and give an oral presentation on your activity.

Create a science project demonstration that illustrates how an alternative fuel can be used.

Have someone who works in the alternative fuels industry come and speak to you or your group.

Calculate and demonstrate cost savings for modern alternative fuel/hybrid vehicles. Demonstrate your finding through a presentation, display or verbal report.

Discuss with a group the following texts as they relate to alternative fuels.

Note: This is an open question designed to allow pathfinders to think freely with the guidance of an instructor.

"The earth is the Lord’s, and all its fullness, The world and those who dwell therein."

"All things were made through Him, and without Him nothing was made that was made."

Discord? What about it!
This page was last edited on 13 July 2022, at 18:39.
This is an official site of the North American Division Youth & Young Adult Ministries of the Seventh-day Adventist Church.
9705 Patuxent Woods Dr
Columbia, MD 21046