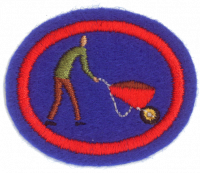 This requirement ensures the Pathfinder is mature enough to understand and appreciate the lessons to be learned in the Honor.

Explain the process of urbanization and list some of the human needs that it creates, especially for the poor or underprivileged.

Urbanization is the shift from a rural to increasing numbers of people living in cities. Urbanization is not merely a modern phenomenon, but a rapid and historic transformation of human social roots on a global scale, whereby predominantly rural culture is being rapidly replaced by predominantly urban culture.

From the development of the earliest cities in Mesopotamia and Egypt until the 18th century, an equilibrium existed between the vast majority of the population who engaged in subsistence agriculture in a rural context, and small centres of populations in the towns where economic activity consisted primarily of trade at markets and manufactures on a small scale. Due to the primitive and relatively stagnant state of agriculture throughout this period the ratio of rural to urban population remained at a fixed equilibrium.

With the onset of the agricultural and industrial revolution in the late 18th century this relationship was finally broken and an unprecedented growth in urban population took place over the course of the 19th century, both through continued migration from the countryside and due to the tremendous demographic expansion that occurred at that time. In England, the urban population jumped from 17% in 1801 to 72% in 1891 (for other countries the figure was: 37% in France, 41% in Prussia and 28% in the United States).

Urbanization rapidly spread across the Western world and, since the 1950s, it has begun to take hold in the developing world as well. At the turn of the 20th century, just 15% of the world population lived in cities. According to the UN the year 2007 witnessed the turning point when more than 50% of the world population were living in cities, for the first time in human history.

Urbanization is occuring because people are drawn to cities for a better lifestyle and economic opportunities. Cities are known to be places where money, services, wealth and opportunities are centralized. Many rural inhabitants come to the city for reasons of seeking fortunes and social mobility. Businesses, which provide jobs and exchange capital are more concentrated in urban areas. Whether the source is trade or tourism, it is also through the ports or banking systems that foreign money flows into a country, commonly located in cities.

People that move to urban areas may find that:

Read the chapters in Ministry of Healing by Ellen White entitled “Help for the Unemployed and Homeless” and “The Helpless Poor” and write a one-page summary of the key points.

Here is an example summary of the key points written by a contributor to the answer key.

Interview a pastor, a person who works with Adventist Community Services, ADRA Canada or an Adventist community development program, and ask how the church is meeting the needs of the poor in the community. Take notes during the interview.

This can be the ACS Director/Coordinator for your local church, county, or conference. At least one church in your area will have ACS and all conferences have an ACS Director even if part-time. You should prethink the questions, but be flexible with followup questions too. The interview can be in person, by phone or other electronic means. Be sure to take notes and thank the person for their time.

Present a 10-minute report on how a youth group might help in the urban development problems the church is sponsoring. The report may be presented to a Pathfinder staff member, or it may be presented in a group setting.

Explaining the plan you wrote for Requirement 8 would nicely fulfill this Requirement.

Spend at least four hours in one of the following field trips as a participant:

Get out there and serve.

Go out with a street ministry team that provides food, blankets or clothing to the homeless.

If you live anywhere near a city, you can organize this activity yourself or join an existing team. Collect the items at your church for about a month ahead of time. This can be done by placing a large box in the church foyer and having its purpose announced from the pulpit and in the church bulletin. Make a sign for the box as well, and decorate it (use gift wrap) to make an attractive, eye-catching display. This may also be done as a Sabbath School class project over the course of a quarter (three month period).

Go out with a health screening van.

The Adventist Church runs such programs across North America. You do not need to be a medical professional to help with a health-screening van. They often serve refreshments and need paperwork to be filled out. A youth group could assist with either of these aspects of the program. Health professionals will manage the medical aspects.

Go out with a Christian work team that is repairing or building housing for the poor.

Since Hurricane Katrina struck in 2005, the concept of "voluntourism" has become popular. "Voluntourists" are people who spend their vacations volunteering in an area needing help, such as one that has been struck by a natural disaster. Often, the volunteers will take a day off during their visit to tour nearby, unaffected areas.

Other options including signing up with Habitat for Humanity, or Maranatha Volunteers International.

Go out with a Christian work team that is repairing homes in an area that has been devastated by a natural disaster.

Work in a soup kitchen or homeless shelter.

You can find local soup kitchens and shelters in your phone book. Call them and ask how you can help. Work with the staff to find a need they have that your group is able to fill. Then do it! The Salvation Army is very active in this area.

In the USA visit http://www.communityservices.org/ to find an ACS center near you. If there is not one near you, choose one of the other options in this requirement.

Attend a worship service in a church made up of a different ethnic group than your own. List for your instructor the things you observed that were different than what you have grown up to be used to in your own culture. Then list the things that were similar to what you are used to.

The requirement does not state that this must be a Seventh-day Adventist Church (or one of your denomination). It might be more interesting to visit another type of church.

This requirement seems out of place in an honor called Community Development.

Write a proposal for a community development project that could be conducted largely by teen and/or young adult volunteers. This could include objectives, action plan, personnel needed, schedule and budget. This proposal may be written by an individual or as a team project in a work team of no more than four persons.

This proposal would be a good basis for the presentation in Requirement 5. It could also cover the activity you choose for Requirement 6 if you decide to organize your own activity.

Getting your plan down in writing will help you stay on track and give you a better understanding of what you will need to accomplish your goals. This paper can be presented to local businesses in an effort to gain funding for your project. They are far more likely to donate generously to your program if you have a plan in place and can demonstrate specific needs.

Objective: Clean all trash from a 1 km section of Fishtrap Creek, install Salmon Habitat signs, and paint fish reminders near storm drains in the surrounding catchment area. The signa will help keep the creek cleaner in the future.

Participants: Mt Cheam Pathfinder and Adventurers Clubs, Geocaching.com members. Based on club size and success of recent CITO events we expect 40-60 people, on the upper end if no rain.

Advertising Plan: CITO event on Geocaching.com Annoucement on Pathfinder Club facebook page and at meeting. Email to sister clubs in the Fraser Valley to invite them to join too.

Transportation: All participants are expected to arrange their own transport.

Equipment: All participants should bring work gloves and wear appropriate clothing. The City of Abbotsford will supply safety vests for anyone working along a street. Cameron will bring cordless drill and painting supplies.

Budget: with all labor, equipment and supplies donated we do not require a budget.

Discord? What about it!
This page was last edited on 8 September 2021, at 16:07.
This is an official site of the North American Division Youth & Young Adult Ministries of the Seventh-day Adventist Church.
9705 Patuxent Woods Dr
Columbia, MD 21046