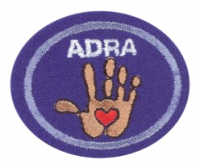 Read the following Bible texts and explain what you think God is asking us to do to help the poor and suffering in our community:

This passages of Scripture teaches the principle that God's concern and focus in the world is holistic, not limited to the spiritual or religious category. It states that God will not listen to the prayers of people who are very active in religion while at the same time ignoring issues such as poverty and social justice. During the early 20th century, a stream of thought developed among conservative, Protestant Christians that teaches that faith has nothing to do with such topics as business practices or social concerns. This passage definitely condemns such thinking and asserts that in order to be right with God believers must help to overcome poverty and stand up for the oppressed.

Christ told this parable in response to the question, "Who is my neighbor?" This question came at the end of a dialog with an educated, dedicated believer about God's law in which Christ quoted Leviticus 19:18, "Love your neighbor as yourself." This concept of unselfish love for neighbors is at the heart of God's expectations for humanity and foundational for community service of any kind. In the parable, Christ points out that religious people--the Levite who was a lay leader and the Priest who was clergy--sometimes see needy people but pass by without doing anything that is helpful. While other people--who may not be acceptable to the religious people at all; the Samaritan--respond immediately with the kind of practical, compassionate and unselfish help that is needed. The real neighbor, Jesus says, is the person who shows mercy in concrete ways, and commands His followers, "Go and do likewise." This story is particularly important because Jesus choose to make the exemplary individual, the Good Samaritan, a member of an ethnic group that was despised, looked down upon and discriminated against by the religious community to which Jesus belonged. He is pointing out that following Jesus is about the content of your character, not your race, culture or gender.

This parable is the last in a series of four parables that Jesus told in Matthew 24-25 in response to questions from His disciples about end time events; "When will this happen, and what will be the sign of your coming and of the end of the age?" (Matthew 24:3, NIV) In the previous parables Christ taught that His followers should not begin to attack and blame each other if they become weary in waiting for Him (Matthew 24:45-51); instead they should make sure they have the spiritual resources for long-term discipleship (Matthew 25:1-13) and invest their abilities in the marketplace and lead constructive lives instead of withdrawing from society (Matthew 25:14-30). In this capstone parable of the series, Jesus says that when God sits in judgment at the end of history, His concern will be primarily about how people treated the hungry, the poor, the alien, the homeless, the sick and the prisoner. In other words, the true mark of people who are really looking forward to the return of Christ is that they will be active in working against world hunger, to assure clean supplies of drinking water, to extend hospitality to aliens and refugees, to help the poor, to prevent and care for the victims of disease, and to stand up for the oppressed and imprisoned. It is interesting that when Jesus identifies Himself with the poor, the hurting and the oppressed, both groups in the story have essentially the same response. The righteous say, "When did we see you" among the poor (Matthew 25:38), unaware that their compassionate behavior had any particular religious meaning. In other words, they were not doing good works in order to be saved. And the unrighteous also say, "When did we see you" among the needy (Matthew 25:44), blind to the fact that their self-centered faith which did not see the need to become involved in dealing with hunger, poverty, disease or social injustice was unfaithful to Christ Himself.

Explain to your instructor:

What the letters “ADRA” stand for and the difference between “development” and “relief”.

Talk about a local organization that serves the poor and disadvantaged in your community and what services it provides.

Meet with a community leader in your area and ask about projects that your Pathfinder unit could accomplish to help meet needs in your community.

It is a good idea to complete the Community Assessment honor first and then use the information you compile as a foundation for planning this project and others.

This time includes planning, preparation, and execution of a project and any time spent working with ADRA or other outreach ministry in your church. The typical Pathfinder Club will spend at least these hours in a normal year performing Community Services so this requirement should be easy for active members.

Discord? What about it!
This page was last edited on 4 October 2021, at 00:17.
This is an official site of the North American Division Youth & Young Adult Ministries of the Seventh-day Adventist Church.
9705 Patuxent Woods Dr
Columbia, MD 21046