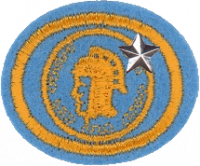 Have the Currency (Coins) honor.

For tips and instruction see Currency.

Select a coin or note from your collection and present an oral or written report on the historical or other significance of the person(s), place(s), item(s) or symbol(s) found on both sides.

What are the laws regarding counterfeiting in your country and what devices are used in your nation's currency to prevent it? 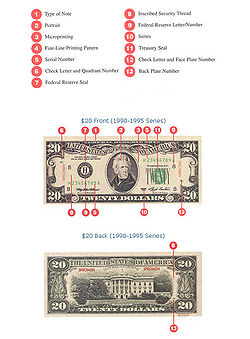 In the late twentieth century advances in computer and photocopy technology made it possible for people without sophisticated training to easily copy currency. In response, national engraving bureaus began to include new more sophisticated anti-counterfeiting systems such as holograms, multi-colored bills, embedded devices such as strips, microprinting and inks whose colors changed depending on the angle of the light, and the use of design features such as the "EURion constellation" which disables modern photocopiers. Software programs such as Adobe Photoshop have been modified by their manufacturers to obstruct manipulation of scanned images of banknotes.& There also exist patches to counteract these measures.

Attend a meeting of a local coin club and report on your experience. Possible items to consider:

a. Level of expertise of members as demonstrated by presentations and dialogues.
b. Average general age of attendees.
c. Ideas which might help the club extend its collector interest to a wider audience.
d. How newcomer friendly is the organization.
e. Suggestions on how these people might be reached with the gospel through a manner which they would find attractive.

Select one of the three categories of your collection as required under the Currency Honor requirements 7 and 8, and increase your collection to include twice the total number of specimens.

7. Collect and mount a type set of coins from your country of any date currently being minted or in circulation. Proof, commemorative, rare, silver, or expensive coins are not needed.

8. Do two of the following:

Add to your collection at least one of the unusual (odd and curious) forms learned about in requirement 1 of the Currency Honor requirements and have in your Currency Honor files, at least a paragraph summarizing how, when and where this item was used as currency.

Discord? What about it!
This page was last edited on 4 October 2021, at 18:44.
This is an official site of the North American Division Youth & Young Adult Ministries of the Seventh-day Adventist Church.
9705 Patuxent Woods Dr
Columbia, MD 21046