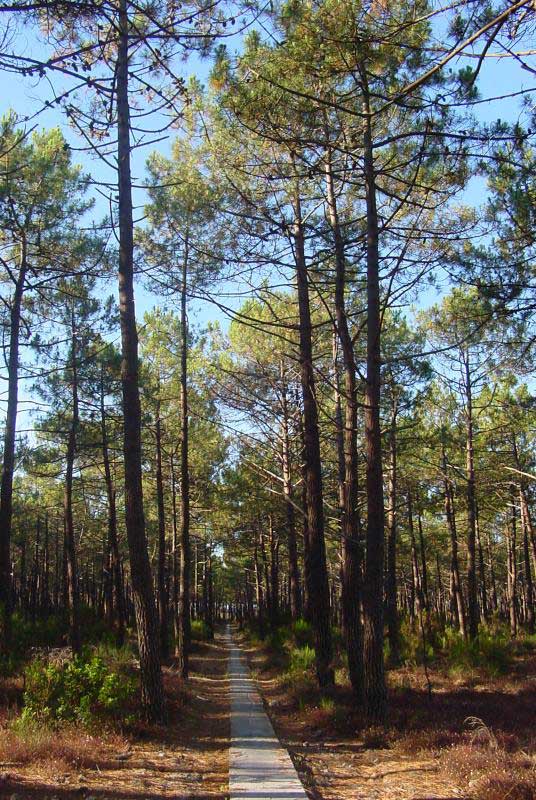 Description: Pines are evergreen and resinous. The bark of most pines is thick and scaly, but some species have thin, flaking bark. The branches are produced in regular "pseudowhorls", actually a very tight spiral but appearing like a ring of branches arising from the same point. Many pines are uninodal, producing just one such whorl of branches each year, from buds at the tip of the year's new shoot, but others are multinodal, producing two or more whorls of branches per year. The new spring shoots are sometimes called "candles"; they are light-colored and point upward at first, then later darken and spread outward.

Where found: Pines are native to most of the Northern Hemisphere. In North America, they range from the Arctic south to Nicaragua and Hispaniola, with the highest diversity in Mexico and California. In Eurasia, they range from Portugal and Scotland east to the Russian Far East, Japan, and the Philippines, and south to northernmost Africa, the Himalaya and Southeast Asia, with one species (Sumatran Pine) just crossing the Equator in Sumatra. Pines are also extensively planted in many parts of the Southern Hemisphere

Use: The needles can be eaten year-round. The young shoots can be eaten as candy when stripped of the needles, peeled, boiled until tender, and then simmered for 20-30 minutes in a sugary syrup.

Discord? What about it!
This page was last edited on 7 September 2021, at 15:34.
This is an official site of the North American Division Youth & Young Adult Ministries of the Seventh-day Adventist Church.
9705 Patuxent Woods Dr
Columbia, MD 21046