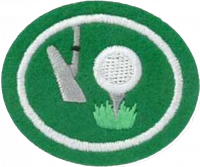 Explain the purpose of the game of golf, and discuss the origins of the modern game of rounds and holes.

The game of golf is a recreational sport for those who enjoy accuracy, challenge, character building, nature, and improving ones skill. The game was officially made a sport in St. Andrews, Scotland in 1552 AD when the resources were made available to build an official golf course.

Today, St Andrews, Scotland is known as the “Home of Golf.” After many years, the game has become standardized into 18 holes (which is one round). Each hole consists of a tee box (start point) and the green (where the actual hole is located), separated by some distance. The green is where a flagstick (pin) is placed in a hole as the marker into which the ball needs to be putted. The hole is usually 4.25 inches in diameter, and is at least four inches deep.

Explain the scoring system in golf.

The rule or scoring on each hole is based on par. If the hole is a par 4, then it means 2 strokes from the tee box (start point) to the green (where a flagstick [pin] is placed in a hole as the marker), and two putts on the green to the hole. If the process is done in 4 strokes then one has a par for that hole. All 18 individual holes scores are totaled for the final round total.

Two-extra strokes is a double-bogey and so forth.

Explain the main equipment needed for a game of golf, and the maximum allowable clubs in a bag:

Fourteen clubs are the maximum allowable clubs in a golf bag during play.

Balls: explain the composition of a modern golf ball, and tell why dimples were added to the golf ball

Interestingly, in the early years of golf history, the balls were deliberately nicked because it made them travel a greater distance. Later the dimples were added. Today, this is called negative-drag coefficient. It is where the air around the ball during the flight pulls in the air around the ball, causing less drag, thus helping the ball travel further.

Woods: Explain the numbering system and in what situations would you use a wood

Irons: Explain the numbering system and why there are so many irons

The irons are all the other clubs used (except the putter, which is the only club that should be used on the green). Wedges are irons that are used when approaching the green and use letters instead of numbers. Manufacturers and personal preferences will use slightly different loft angles.

Rescue Clubs: what are they and when would you use them

Hybrids: Who are they best suited for and for what purpose

The hybrid is a modern club used to replace a 3 or 4 iron and looks very much like a 5-wood.

Wedges: what are the uses of the special purpose wedges

Putter: How and when is it used

Tees are used when in the tee box. The tee helps to place the ball off the grass for an easier stroke (shot).

There are two main types of bags – cart bag, when using a golf cart, and a carry bag, when walking the golf course. The carry bag usually has a shoulder straps and a stand.

In most golf courses, attire is part of the tradition. Thus, a golf shirt and no jeans policy are enforced in most golf courses. The cap or visor is optional, and the shoes are a preference. Most golf shoes have rubber cleats to help prevent slippage during the swing.

With the use of a diagram, demonstrate your understanding of the golf course by explaining a typical golf course.

Box used for your first stroke – usually with a tee.

Area with the shortest grass and where golf ball usually rolls the furthest after the shot.

Hazards are areas on the course that are put there to be avoided.

Usually sand areas made to make a golf course harder to play. Made for strategy usage.

Area near the cup, used to putt.

Hole made to putt the golf ball into.

The flag marks where the hole has been placed. Usually the hole is moved every other day to change the course strategy.

Means out of play. Usually a stroke is added when a golf ball goes out of bounds or in an unplayable hazard. The player will need to drop a golf ball into a playable area to continue the round.

Show your understanding of a proper swing by demonstrating the following:

A proper grip when addressing the ball

A proper stance when addressing the ball

The video will teach you different types of grips - interlocking grip and baseball grip. Also, the video will demonstrate how to have a correct posture, stance, and swing rotation.

Read an article on how to properly swing a golf club and list one “swing thought” that helps you make better contact with the ball and hit it straighter.

Hit a medium bucket of balls (50 -75) on a driving range. You must hit at least 25 balls with your irons off the mat or ground and hitting woods off the tee (if woods are part of your equipment).

Play at least a 9-hole course and keep the score for each hole.

Discuss the Nine Core Values established by The First Tee (a junior golf program) and how these positive values connected with the game of golf are similar to items in the Pathfinder Pledge and Law.

Identify the governing body of the game of golf in your country and list the following:

The basic rules of golf that govern competition in your country

The Professional leagues in your country for both ladies and gentlemen

The amateur association that you could join if you so desired

List ways that the game of golf can be used as an evangelistic tool.

Discord? What about it!
This page was last edited on 5 October 2021, at 20:38.
This is an official site of the North American Division Youth & Young Adult Ministries of the Seventh-day Adventist Church.
9705 Patuxent Woods Dr
Columbia, MD 21046