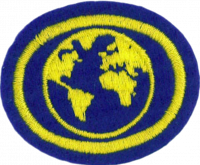 Read and translate from sight a passage of at least 300 words from a book or mag­azine in a language not native to you.

To earn this honor requires achieving reasonable proficiency in a language that is not your native language.

Translating by sight means that you must be able to translate the passage without the use of a foreign-language dictionary.

If you have difficulty finding an article in the language of your choice, try visiting one of Google's news pages hosted for a country where that language is spoken:

You may also visit the Page of the Wikipedia website and find a list of languages in the drop down menu. There are millions of articles in numerous languages there. You will find translation much easier when you choose an article about a familiar topic.

Carry on a simple but sustained conversation in a modern foreign language for a period of not less than five minutes.

The requirement that the selected language be modern reminds us that this honor is in the Outreach category. The purpose of this honor is so that the Pathfinder will be able to share the gospel with speakers of this language, so a dead language (such as Latin, Ancient Greek, or Ancient Hebrew) does not qualify.

If you are new to the language, you might find this requirement easier if you choose a topic ahead of time. For example, you might wish to talk about a recent camping trip or a recent vacation. Just remember that this is supposed to be a conversation, not a monologue. You can also talk about family or school:

These topics of conversation help to establish a relationship with another person. Once that has been accomplished the Pathfinder may venture into the other topics (such as the gospel).

Listen to an address or statement of not less than two minutes’ duration made by a person to whom the foreign language is a native tongue, and translate the same into your own language.

If you are new to the language, you might find it helpful to watch a video of the speaker. That way you can back up and re-listen to any parts that gave you difficulty. If you have access to a broadband Internet connection, you can find videos in other languages on Youtube at the following locations:

Youtube is available for many more countries than those listed here. To find them, visit http://Youtube.com and look for the "Site" link in the upper right hand corner. Clicking that link will display a drop-down menu showing which countries are available.

Of course it may also be possible to bring a native speaker to a meeting and have him or her address your club in person.

Write a simple letter in the foreign language of your choice, telling what contacts you have been able to make with persons whose native tongue is the language you have chosen.

When this requirement was written, getting Pen Pals was a very popular pastime. Children would send in their names and addresses to Guide Magazine in hopes that another child would write them a letter. Sometimes these pen pals would become lifelong friends, keeping in touch well into adulthood, or even serving as a member of their pen pal's wedding party. In this day and age though, publishing a child's name and address is considered extremely dangerous, so the practice has been discontinued.

However, we now have the Internet. You can easily find a message board or a forum that uses the language you have chosen to study and correspond with them that way. An extended conversation of at least 500 words over multiple posts should be sufficient.

Know and repeat from memory the Pathfinder Pledge and Law in this foreign language.

We present the Pledge and Law in several languages here. If the language you have chosen is not represented here, we encourage you to add so others can benefit.

In Spanish, the Pathfinders calls themselves Conquistadores.

In Portuguese, the Pathfinders call themselves Desbravadores.

In French, the Pathfinders call themselves Explorateurs.

In Italian, the Pathfinders call themselves Esploratores.

Write or tell orally about the foreign population in your vicinity and what opportu­nity you have to converse with those who speak the language you have studied.

You may have to do a little digging to discover this information about your area, and it is entirely possible that your vicinity does not have a foreign population speaking your language of choice. If this is the case, see if you can discover the nearest community of people who do speak that language.

Note: After your choice of a modern foreign language has been made, obtain a suitable textbook in that language and study it thoroughly.

Wikibooks provides several textbooks to help English speakers learn other languages. These are in various states of development, but some are suitable for this purpose now. You can find a list here.

General guidance on learning a new language can be found in Wikibooks [How to Learn a Language].

Discord? What about it!
This page was last edited on 20 October 2022, at 12:30.
This is an official site of the North American Division Youth & Young Adult Ministries of the Seventh-day Adventist Church.
9705 Patuxent Woods Dr
Columbia, MD 21046