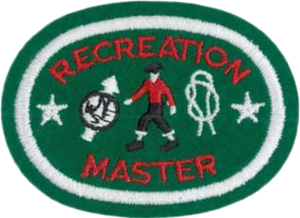 The Recreation Master involves honors of outdoor activities that do not primarily involve competition, camping, or aquatics (though there are exceptions).

Earn seven of the following:

Plus TWO (2) honours from the Sportsman Master Honour group

Discord? What about it!
This page was last edited on 12 July 2022, at 16:57.
This is an official site of the North American Division Youth & Young Adult Ministries of the Seventh-day Adventist Church.
9705 Patuxent Woods Dr
Columbia, MD 21046