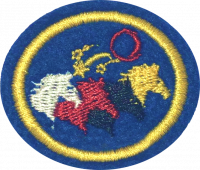 What does the word Apocalypse mean? Why was the apocalypse inscribed in symbols?

According to Revelation 1:1, "apocalypse" means "revelation." God "codified" the revelation of the future of the world in the apocalypse so that people could understand it only through a relationship with God and study of His Word (Luke 8:10).

Make a table with at least seven symbols of Revelation and their meanings (taking into account the principle that the key to understanding Revelation is in the Bible itself).

What is the Seal of God in Revelation? And the Mark of the Beast?

The Seal of God in Revelation is the Holy Day, the Sabbath. The Mark of the Beast is number 666, which represents human pride in putting oneself in the place of God.

Who is worthy to open the Seven Seals? Why?

Christ's death and resurrection guarantee that He is capable of having the sovereignty of the world in His hands, being thus the only One worthy to open the seven seals.

Make a drawing by putting the following events into a timeline diagram: the return of Jesus, first resurrection of the dead, the millennium, second resurrection, and the New Earth.

Compare the seven plagues of Revelation with the ten plagues in Egypt and indicate two similarities and one difference between them.

Egypt: Water to blood; frogs; lice or gnats; flies; pestilence of livestock; boils; thunderstorm of hail and fire; locusts; darkness; and death of the firstborn.

Revelation: Boils; sea of blood; source of waters in blood; very hot; darkness; Euphrates will dry up; and earthquakes.

What are the seven churches of Revelation? Make a list. Which one represents our time and what message does God give us from this church?

The time in which we live is represented by the Laodicean church, which comes with a message where we are asked to be hot or cold, and not be lukewarm.

What are the messages of the 3 angels? Why is this message so important and should it be proclaimed?

saying with a loud voice, “Fear God and give glory to Him, for the hour of His judgment has come; and worship Him who made heaven and earth, the sea and springs of water.” And another angel followed, saying, “Babylon[f] is fallen, is fallen, that great city, because she has made all nations drink of the wine of the wrath of her fornication.” Then a third angel followed them, saying with a loud voice, “If anyone worships the beast and his image, and receives his mark on his forehead or on his hand, he himself shall also drink of the wine of the wrath of God, which is poured out full strength into the cup of His indignation. He shall be tormented with fire and brimstone in the presence of the holy angels and in the presence of the Lamb. And the smoke of their torment ascends forever and ever; and they have no rest day or night, who worship the beast and his image, and whoever receives the mark of his name.”
— Revelation 14:7-11 (NKJV)

It is important to proclaim the three angelic messages because they bring with them the individual responsibility of each one in the last crisis, calling the people to come out of error.

Name three promises from Revelation related to the New Heaven and the New Earth.

God will dwell with us. There will be no death or pain. Whoever reaches Heaven will have access to the Tree of Life.