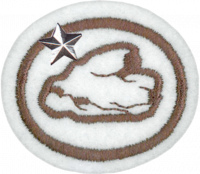 Have the Rocks and Minerals honor.

Have a collection of 30 rocks and minerals properly named, 20 of which you have personally collected. Label with collector's name, date and locality in which it was found.

Know two minerals that belong to each of the following crystal systems: 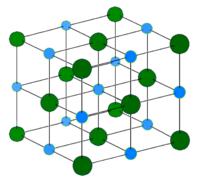 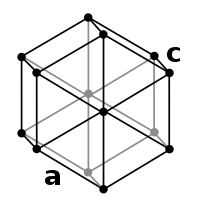 Know Mohs' scale of hardness and the simplified field tests of hardness. By using these field tests, collect a scale range of specimens from your own region to form your own hardness test set.

Know and tell two different processes by which metals are extracted from ores.

Know eight minerals and tell how each is used.

Having a regular three-dimensional molecular structure

Cryptocrystalline is a rock texture which is so finely crystalline, that is, made up of such minute crystals that its crystalline nature is only vaguely revealed even microscopically in thin section by transmitted polarized light. Among the sedimentary rocks, chert and flint are cryptocrystalline. Also a form of diamond, known as carbonado, is cryptocrystalline. Volcanic rocks, especially of the acidic type such as felsites and rhyolites, may have a cryptocrystalline groundmass as distinguished from pure obsidian (acidic) or tachylyte (basic), which are natural rock glasses.

Breccia is a rock composed of angular fragments of rocks or minerals in a matrix, that is a cementing material, that may be similar or different in composition to the fragments. A breccia may have a variety of different origins, as indicated by the named types including sedimentary breccia, tectonic breccia, igneous breccia, impact breccia and hydrothermal breccia.

A noncrystalline material, which has no long-range order, is called an amorphous, vitreous, or glassy material.

A glassy luster or sheen of a mineral surface. The minerals quartz and fluorite exhibit a vitreous luster.

A geode is a geological rock formation which occurs in sedimentary and certain volcanic rocks. Geodes are essentially rock cavities with internal crystal formations. The exterior of the most common geodes is generally limestone or a related rock, while the interior contains quartz crystals and/or chalcedony deposits.

Petrification is the process by which organic material is converted into stone or a similar substance. It is approximately synonymous with fossilization. Petrified wood is the most well known result of this process.

A stalactite is a type of speleothem (secondary mineral) that hangs from the ceiling or wall of limestone caves.

Fluorescence is a luminescence that is mostly found as an optical phenomenon in cold bodies, in which the molecular absorption of a photon triggers the emission of another photon with a longer wavelength. For instance, some minerals will glow green when illuminated with an ultra-violet light (green light has a longer wavelength than ultra-violet light).

What four metals are frequently found in native or free form?

Discuss the content of three statements from the writings of Ellen G. White concerning rocks or minerals.