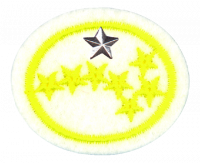 1. Have the Stars honor.

3. What are each of the following? Identify personally or from pictures an example of each.

13. List the 15 first-magnitude stars and observe the ones that appear in your area throughout the year.

Discord? What about it!
This page was last edited on 18 July 2021, at 13:35.
This is an official site of the North American Division Youth & Young Adult Ministries of the Seventh-day Adventist Church.
9705 Patuxent Woods Dr
Columbia, MD 21046