1. Describe the geographic areas the midnight sun may be seen in.

The midnight sun is a natural phenomenon that occurs in the summer months in places north of the Arctic Circle and south of the Antarctic Circle, when the sun remains visible at the local midnight. 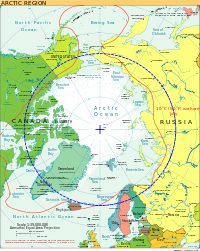 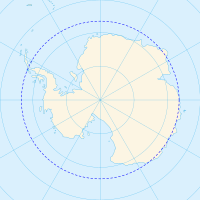 Locations where the sun is less than 6 or 7 degrees below the horizon which are above 60° 34’ latitude that are south of the Arctic Circle or north of the Antarctic Circle experience midnight twilight instead, so that daytime activities, such as reading, are still possible without artificial light on a clear night. White Nights have become a common symbol of Saint Petersburg, Russia, where they occur from about June 11 to July 2, and the last 10 days of June are celebrated with cultural events known as the White Nights Festival.

2. Describe why and at what time of the year the phenomenon may be seen.

Around the summer solstice (approximately June 21 in the north and December 22 in the south) the sun is visible for the full 24 hours, given fair weather. The number of days per year with potential midnight sun increases the farther towards either pole one goes. Although approximately defined by the polar circles, in practice the midnight sun can be seen as much as 90 km outside the polar circle, and the exact latitudes of the farthest reaches of midnight sun depend on topography and vary slightly year-to-year.

The phenomenon is caused by the Earth's axial tilt, which at the solstice tilts one pole away from the sun (polar night), and tilts the other towards the sun (the midnight sun). This is easily illustrated with a globe and a flashlight in a dark room, by observing which parts of the globe are illuminated (or in shadow) as the globe rotates on its axis, and as the globe orbits around the "sun" (or in our case, the flashlight).

3. Find a place where you can observe the sun at its lowest position during the night and do the following:

a) Calculate the exact time for the sun's lowest position (take into consideration daylight saving time if applicable).

The sun's lowest position occurs when the sun is due north. At this instant, the shadow cast by a gnomen (a perfectly vertical pole) will point due south.

You can also calculate the time of solar noon using charts as described at http://www.spot-on-sundials.co.uk/localtime.html - and then add twelve hours to get the time of the midnight sun.

b) Stay awake until the sun has reached its lowest position and take a landscape picture that shows the sun and some surrounding nature. Make sure not to look directly into the sun without proper protection.

Upload your photos here and add them to our wiki!

c) Look around you and take note of how the nature reacts to the continuous sunlight.

Animals will still need to sleep. What else do you see?

d) Find information on the time period the midnight sun phenomenon is visible at your point of observation.

4. For what period of the year is the sun visible at each of the poles?

At the poles themselves, the sun only rises once and sets once each year. During the six months when the sun is above the horizon it spends the days continuously moving in circles around the observer, gradually spiraling higher and reaching its highest circuit of the sky at the summer solstice.

The polar sunrise happens at the spring equinox, and the polar sunset happens on the autumnal equinox.

The opposite phenomenon of the midnight sun is the polar night, which occurs in winter when the sun stays below the horizon throughout the day.

Key points: God made the world. Evening and Morning makes a day. God rested on the Sabbath and made it holy at Creation.

"32 It is a day of sabbath rest for you, and you must deny yourselves. From the evening of the ninth day of the month until the following evening you are to observe your sabbath.”"

Key point: Sabbaths (this text refers to The Day of Atonement, ) should be observed from the evening until the next evening. Note this was not clear to early Seventh-day Adventists. Some favored 6 pm to 6 pm while others favored midnight to midnight. They studied the issue out and arrived at the conclusion Sabbath starts a sunset Friday night and runs to sunset Saturday night. This was likely a key text in that study.

“Remember the Sabbath day by keeping it holy. Six days you shall labor and do all your work, but the seventh day is a sabbath to the Lord your God. On it you shall not do any work, neither you, nor your son or daughter, nor your male or female servant, nor your animals, nor any foreigner residing in your towns. For in six days the Lord made the heavens and the earth, the sea, and all that is in them, but he rested on the seventh day. Therefore the Lord blessed the Sabbath day and made it holy."

"In those days I saw people in Judah treading winepresses on the Sabbath and bringing in grain and loading it on donkeys, together with wine, grapes, figs and all other kinds of loads. And they were bringing all this into Jerusalem on the Sabbath. Therefore I warned them against selling food on that day. People from Tyre who lived in Jerusalem were bringing in fish and all kinds of merchandise and selling them in Jerusalem on the Sabbath to the people of Judah. I rebuked the nobles of Judah and said to them, “What is this wicked thing you are doing—desecrating the Sabbath day? Didn’t your ancestors do the same things, so that our God brought all this calamity on us and on this city? Now you are stirring up more wrath against Israel by desecrating the Sabbath.”

"When evening shadows fell on the gates of Jerusalem before the Sabbath, I ordered the doors to be shut and not opened until the Sabbath was over. I stationed some of my own men at the gates so that no load could be brought in on the Sabbath day. Once or twice the merchants and sellers of all kinds of goods spent the night outside Jerusalem. But I warned them and said, “Why do you spend the night by the wall? If you do this again, I will arrest you.” From that time on they no longer came on the Sabbath. Then I commanded the Levites to purify themselves and go and guard the gates in order to keep the Sabbath day holy."

Key point: The Sabbath began when the "evening shadows fell on the gates"

If you do not live in the polar region, this is going to take a little work. You might look around for people that have lived up North, or try internet chat forums for contacts. Simply calling people (like in a tourist office, park or government office) in Northern areas should work.

Communities North of the Arctic Circle

The largest North American community north of the Arctic Circle is Sisimiut, Greenland with 5,000 inhabitants. Of the Canadian and United States Arctic communities, Barrow, Alaska is the largest settlement with 4,000 inhabitants.

Among the people of the Arctic, the Norwegians have the easiest climate, with most ports in North Norway remaining ice-free all the year as a result of the Gulf Stream.

Many find it difficult to sleep during the night when the sun is shining. In general, visitors and newcomers are most affected. Some natives are also affected but usually to a lesser degree. The midnight sun is said to cause hypomania, which is characterized by persistent and pervasive elevated or irritable mood.

The midnight sun is also an issue for those who observe religious rules based around the 24 hour day/night cycle.

In the Jewish community there is a body of law which attempts to deal with adherence to the Mitzvah in such conditions.

Another affected religion is Islam, where fasting during daylight hours in Ramadan would imply total abstinence. Also, Muslims have 5 obligatory prayers daily which are timed according to position of the sun, so it becomes difficult for them to decide the prayer times; however, they can follow the timings of the closest place that has a normal sun cycle or the timings of Mecca, the holiest city of Islam.

Seventh-day Adventists observe Sabbath from sunset Friday until sunset Saturday evening. In polar regions if the sun does not set, Sabbath is usually deamed to start and end when the sun reaches its lowest point on the horizon (effectively sunset). This should be around midnight, but varies by where one is in the timezone. Others simply choose an arbitrary time like 6 pm to 6 pm or midnight to midnight.

What else can you discover? Please add it to this wiki.