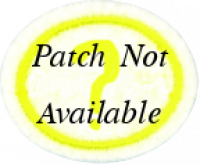 ATTENTION: This proposal is a PILOT, not an honor. It is in the piloting process. The author is hoping it can become an honor, but they need your help! Pilot now!

What is a dam? Briefly describe what it does and how it is different from a levee.

Explain how beavers build dams and why. How do beaver dams affect the environment? How else can dams be created in nature?

A beaver is an excellent dam builder. The reason a beaver builds a dam is so that their home, or lodge, is a safe place. They usually build a dam so that a pond is created. Then they build a lodge in the middle of the pond so that it is safe from predators.

The beaver builds their dam by weaving branches together and then putting mud to seal the dam further so water does not flow through the dam. The beaver gets these branches by cutting down trees with their large sharp teeth. Then they take the small and large branches to the place where they want to build the dam. Beavers are hardworking and won’t stop until they build a dam that will create a pond good enough for their lodge.

Natural dams can also be created by debris getting caught in an obstruction that goes across a river. These tend to be temporary dams, since they will easily fail once the debris is dislodged. Other methods of natural dam formation include glacial deposits from a retreating glacier.

What are the benefits of dams? What are some potentially negative aspects of dams?

Complete one of the following:

Research or interview an engineer or other expert on dam safety. Have the expert explain the inspection techniques that they use to identify a failing dam.

An interview with a Civil or Geotechnical engineer is preferable. If one is not available, the state department of natural resources (or equivalent agencies) have personnel dedicated to this issue. At a minimum, most such agencies have literature for owners of dams on responsibilities and inspection concerns.

A concrete that is curved upstream. The pressure of the water against this arch compresses and strengthens the structure.

A dam with a water tight upstream face that is supported by a series of supports at intervals on the downstream side.

A dam that is constructed to hold back water by primarily the weight of the dam material alone.

A dam that diverts all or a portion of the flow of a river from where it would normally flow.

A dam that has a generator and turbine installed to produce electricity.

Situated parallel with the flow of water or in low lying coastlines.

A structure with two or more gates that allow boats to travel past a dam.

A relatively short dam (1-15 feet tall) typically concrete and built within a river or stream spanning from bank to bank for the purpose of raising the level of the upstream water, such as for a drinking water intake. The crest of the dam functions as a weir as the water is designed to flow over the dam.

A run of the river dam is a hydroelectric dam that has little or no water storage, or reservoir behind it. It is not used for flood control.

A saddle dam is an auxiliary dam constructed to confine the reservoir created by a primary dam either to permit a higher water elevation and storage or to limit the extent of a reservoir.

A deep clay section beneath a dam to keep water from seeping quickly from upstream to downstream.

A method for fish to swim upstream and negate the harmful impacts of fish migration caused by dams.

Large stone (rip-rap) placed on the toe of the downstream side for additional stability and allow seepage without losing fine soil.

Place to allow a controlled release of water over a dam or levee.

As water seeps through an earthen dam from upstream to downstream side, it can carry fine particles of soil leaving voids which can allow more water at greater velocity to pass creating larger voids etc. until water erosion from inside of the dam causes a failure. evidence of piping is found by “muddy water on the downstream face and should be reported immediately to the owner/authorities.

Explain why someone should consider a low-head dam dangerous and avoid while canoeing, kayaking, or swimming.

Low-Head Dams have the nickname “killing machines” because many drowning deaths have occurred just downstream of these dams. Under the right conditions, water flows over the dam and may appear tranquil on the surface, but beneath the surface strong water currents stay in a circular pattern making it hard to escape as the current can keep pulling a person under water. To make matters worse, the agitated water is often high in oxygen making the water much lighter density that is very difficult or even impossible for a person to float or swim. A person should not play around a low head dam when water is flowing over the dam.

Make a sketch of a hydroelectric dam and label the following components:

Describe the function of the following hydroelectric dam components:

The rotor, which is attached to the generator shaft, powered by the water turning the runner, rotates within the stationary stator. As the rotor rotates, its metal poles pass the electrical windings in the stator. This action causes the electrons in the stator winding to go first one way and then another producing an electrical current which is alternating between positive and negative. The current is called Alternating current or AC. From this, electrical power is produced that we use in our daily lives.

The runner is the part that converts the flow of the water into rotational energy that spins the generator. They have various shapes but all act similarly to a boat propeller in the water. Except that instead of the propeller pushing the boat forward, flowing water is making the propeller turn.

What are the different types of runners or turbines?

How do the following items affect the consideration, design or construction of a dam?

Migration of fish is altered or stopped. Plants and animals that live in the impounded area are removed or relocated.

The impounded area slows the velocity of water and sediment settles out and can clean the downstream water quality. Impounded water may also stagnate allowing algae blooms and other problem issues.

How can unexpected amounts of large water pass the dam without ruining the dam?

What happens if the dam fails? How are affected persons notified and are there ways to mitigate damage?

How may sensitive or dangerous areas be protected and/or how can the public be kept safe through construction of fences, slope design, etc.?

Analysis of soils and bedrock will dictate the design of the dam, including size, type, and construction materials.

Size, shape, and location must consider the design flow rates that the dam is expected to pass in normal operation.

The types of soils available to construct a dam are considered so that the least amount of fill is needed yet is not in danger of sloughing off and ruining the integrity of the dam.

Historical rainfall and upstream tributaries are modeled to know what the expected flows to the dam reservoir might be.

A model predicting the seepage of water through a dam to ensure that water is not permitted to flow fast and erode the dam from the inside.

Almost all dam design and construction projects are regulated by governmental agencies because of the significant impacts.

Read Daniel 5 and research how Darius the Mede captured Babylon. Find two other places in the bible where dams were mentioned.
Retrieved from "https://wiki.pathfindersonline.org/index.php?title=Pilots/Dams_%26_Hydroelectricity/Answer_Key&oldid=570670"
Category:
Hidden category:

Discord? What about it!
This page was last edited on 13 July 2022, at 21:35.
This is an official site of the North American Division Youth & Young Adult Ministries of the Seventh-day Adventist Church.
9705 Patuxent Woods Dr
Columbia, MD 21046